Equity Obsessed Agendas? Breaking Down The Misconceptions of Equity 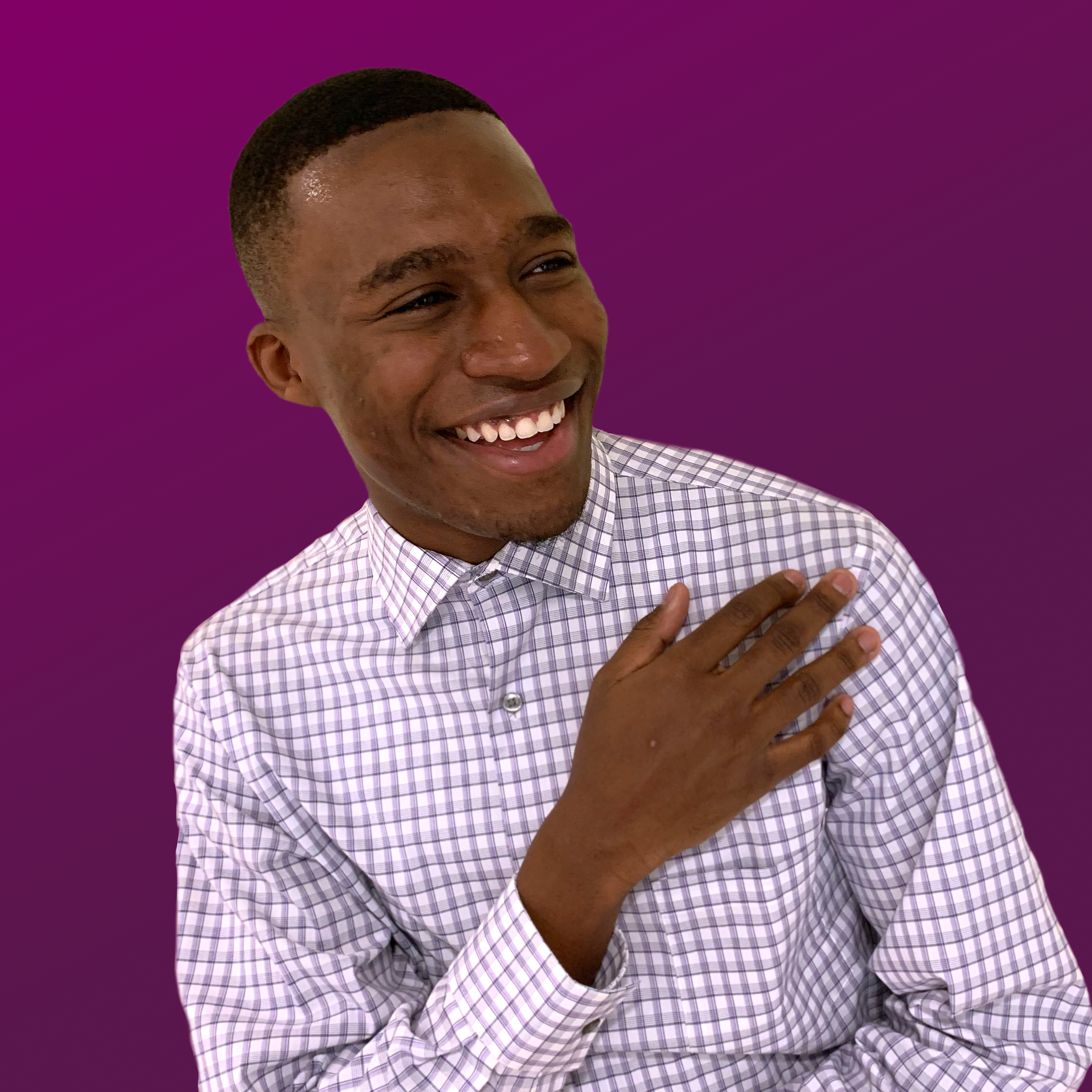 
Equity is supposed to be about educating students, but in many cases, it has become a buzzword—and the student's needs have been forgotten. More school districts and mass media have turned equity into a contentious topic by failing to understand what it means. The thing is: Equity isn't just about being fair; it's also about being inclusionary. As educators, we need to ask ourselves if our classroom practices meet the needs of all students. In a sit down conversation with Novak Education Consulting’s Chief Equity & Inclusion Officer, Mirko Chardin, we delve into a few misconceptions about equity in education.

What We Get Wrong About Equity

One of the most common misconceptions about Equity is that equity and equality are the same thing. That equity is about politics or that somehow equity means lessening rigor, intensity or standards. But that’s not the case.

The word equality indicates that all students are given the same standard of care, aid, curriculum, supplies, and budget to succeed.  In theory, this makes sense. This fixed perspective, however, frequently has the adverse effect of excluding some of our most marginalized learners. Attempting to fix structural inequality with surface level "equality-implementing" measures is only half the battle. This perspective also ignores the effects of hundreds of years of oppression and prejudice, a history that finds itself present in the classroom. It has been scientifically proven that trauma is passed down through generations. With this in mind, it forces us as educators to question what it really means to be "fair".

An equity-based strategy, on the other hand, tries to guarantee that your ability to succeed in school is not determined by where you were born, your families' socioeconomic status, or the color of your skin. Instead of giving every student the same support and opportunities in the hopes they produce fair outcomes, when an equitable approach is taken, adequate supports are provided based on variability.

What many continue to get wrong about diversity, equity and inclusion (DEI), is that DEI is all about reducing standards (i.e. employing and admitting under qualified teachers and students). This assertion is not well supported by facts or empirical study, yet it is widely accepted by businesses, organizations, and institutions of higher learning. In reality, research on faculty hiring, for instance, finds that fairly basic efforts may be implemented to boost the number of competent minority hires and establish more diverse candidate pools (Smith, et. al. 2004).

This belief in reducing standards as a result of equity implementation is a result of another more endearing myth; that DEI initiatives only benefit minority and underrepresented students. Although overwhelming research points to the fact that diverse workplaces, classrooms, DEI curriculum, and programming increase the retention rate of minority or underrepresented populations, majority populations frequently gain the same advantages from a diverse and inclusive workplace. This is especially so when considering that many of these organizations have a lower number of BIPOC hires in comparison to majority populations.

The advantages of school diversity "flow in all directions," as Amy Stuart Wells, Lauren Fox, and Diana Cordova-Cobo of Teachers College Columbia eloquently show in this significant new research. Growing amounts of study support the idea that "diversity makes us smarter," which elite institutions long ago accepted and which more and more young parents are beginning to value at the K–12 level. Researchers have shown that students' exposure to peers who are unlike themselves and the innovative concepts and difficulties that come with such exposure boost cognitive skills, including critical thinking and problem-solving.

In addition to the cognitive advantages, more and more middle-class families are choosing to enroll their children in diverse schools for other reasons. White, middle-class Millennials are aware that the demographics of the country in which their children are growing up are considerably different from those of earlier generations. In the United States, children of color now make up the majority of K–12 public school students for the first time since the republic's establishment. If students attend diverse schools, they can better learn how to manage adulthood in a society that is becoming more diverse—a talent that employers appreciate. According to Wells, Fox, and Cordova-Cobo, 96% of big companies believe it is "essential" for workers to feel "comfortable working with colleagues, customers, and/or clients from varied cultural backgrounds."

Why Equity is Needed in Schools

If there is no equity in schools, then our schools will continue to fail. Which is essentially saying that, at least 50% of school aged children will not be given educational journeys that take them into consideration or value them, if equity is not at the center.

To better understand the significance of equity in an educational setting, it is important to first identify what an underrepresented student actually is. In describing the [widespread] prototypical underrepresented learner, we can begin to deconstruct the endearing myth of equity benefitting only Black and Brown poor students.

Considering that out of these 4 categories of underrepresented students only one of them is in regards to race and ethnicity indicates the unreasonable assertion that equity disproportionately benefits Black and Brown students only is faulty, though it continues to permeate the conversations surrounding improving schools. Any student regardless of race and ethnicity can be born with a developmental disability, with a non-college attending parent, or with a low income background. The Black population in the United States is roughly 41.6 million, 19.5%  (or about 8,112,000 people) of the population below the poverty line. The Hispanic population is roughly 61 million, 17.2% (or about 10,492,000) live below the poverty line. In comparison to the roughly 232 million of the White population, about 8.5% (or 19,720,000) live below the poverty level. Taking these numbers into account, it can reasonably be assumed that more White people (2.5 times more) than Black people are set to benefit from equitable measures in schooling.

It is also important to note that simply highlighting the opportunities for growth using equitable approaches in only the cases of those underrepresented and with special needs is in of itself exclusive to those students who are simply having a hard time with the material. The whole point of implementing Universal Design for Learning (UDL) is because regardless of your background, it will help students succeed in the classroom.

The Importance of Understanding School "Climate"

One of the main ideas of Universal Design for Learning is identifying your standards. Part of those standards lie in the input received from…you guessed it! The student! Climate assessment surveys are the most effective way to record responsive data on school climate, and who better than the actual students to give that feedback to educators.

Climate assessment surveys need to start early (i.e. elementary- middle school). If the work is going to be about being intentional and being proactive, if folks are waiting until high school or college, there's a whole generation of young people who may not have been included in what would’ve been helpful data. So students' voices and their experiences won’t be heard. Now you run the risk of individuals having maybe decades of traumatic experiences that will then influence their experience, decision making, and decades of experience of barriers that could have been removed. Folks should take into consideration the experience of younger kids.

The common norms, beliefs, attitudes, experiences, and behaviors that influence interactions between and among students, teachers, parents, and administrators are referred to as the "school climate" (Emmons, Corner, & Haynes, 1996; Lindstrom Johnson, Pas, & Bradshaw, 2016). The impact of school atmosphere on student performance makes measuring it crucial (Anderson,1982; Cohen, McCabe, Michelli, & Pickeral, 2009).

All children, especially those who have academic and behavioral support needs, are impacted by the school environment in terms of how well academic programming is implemented and how well kids do on assessments. The improvement of student self-concept and self-esteem, lower absenteeism, improved risk prevention, fewer behavioral issues and disciplinary actions (in-school and out-of-school suspension), and higher school completion rates have all been connected to positive school environment (Bear, Gaskins, Blank, & Chenm, 2011; Lindstrom Johnson et al., 2016). Tune in at the end of this article to look through exemplars of effective climate assessment surveys and their results at certain elementary schools.

All children, including those with disabilities, English language learners, kids from economically challenged households, and members of racially and culturally diverse groups, benefit from creating and sustaining an inclusive and accommodating school climate (Center on Positive Behavioral Interventions and Supports, 2016).

There is no assurance that kids will enroll in and succeed in AP courses just because they are more readily available in high school. This interactive offers typical estimates for a hypothetical 1,000 high school students (grades 9–12) in the United States moving through each stage of the AP funnel using data from the 2015–16 Civil Rights Data Collection on AP course availability, participation, and performance across the nation. The interactive displays the likelihood that each of these students will enroll in, take, and pass an AP course.

This AP pass rate for White students is 4.35 times more than the average pass rate of Black and Hispanic students combined. The fact that, based on this data, the availability of AP does little to correlate with AP passage indicates that it is not a lack of access that produces little AP success for minority studies, but a lack of equity.

Inherent in the AP track is this idea that there are some students who have more potential or can do more than others and that's kind of a self-fulfilling prophecy. If we're telling some young people that they can hack it and other young people are not on track to be able to hack it, we become right in either instance. If we have an AP structure that we can't change, then I would immediately recommend equity audits. And audits that particularly look at and identify demographic information on the individuals who are enrolled in AP courses to get a sense of analysis as to what the barriers have been that have been created in the circumstances that we see reflected.

The analysis for this report reveals that, even when attending schools with comparable levels of AP course availability, Black, Indigenous, and other non-Black people of color (BIPOC) students do not enroll in AP courses at rates comparable to their white and Asian peers and perform less well when they do. This is based on national data from the Civil Rights Data Collection. Additionally, in schools that offer a large number of AP courses, the differences in enrollment and achievement for these children either continue or get much worse.

To learn more about the importance of equity and breaking down misconceptions explore Mirko’s book Equity By Design or contact us to discuss professional development options with Mirko Chardin.